The directors and writer of The Tale Of The Fatherless was featured on BBC Midlands today as part of an article on BBC Midlands news website and TV programs talking about growing up without a Father figure. The full article entitled Growing up fatherless ‘painful’ for Wolverhampton youth worker is found on the BBC website and the clip from the TV programs talking about fatherlessness in the is bellow.

As well as feating on local TV some of the cast of The Tale Of The Fatherless took part in local and national radio interviews. On the night of the Birmingham premier Stephen Davis one of the directors of the film spoke to Nikki Tapper on BBC WM about the film.  You can find the interview aired on the 6th June 2o21 bellow, all credit goes to the BBC.

A post shared by The Tale Of The Fatherless (@tale_of_the_fatherless)

BBC Radio Manchester interviewed one of the directors Stephen Davis about how he got involved in the production. They also talk about the story about the film. You can check out the full interview on BBC sounds starting 3 hours and 27 minutes in.

We also had a interview with Hot 92 radio a Birmingham based radio station which aired 2nd June with Christian Jae who plays Julian in the film. This interview is linked bellow.

New Style radio also had a few interviews with the cast of the film where they talked about how the film came to be as well as spoke about the characters in the film. Check out some clips from the interviews bellow.

As well as local radio the film featured on national radio as well when some of the cast did an interview on premier gospel which can be found on the premier gospel website.

The Tale Of The Fatherless featured in written articles as well such as the article written by Midlands Movies about the upcoming premier of the film looking at some of the awards it had received.

The Tale Of The Fatherless was nominated for a number of awards by the British Urban Film Festival, with Stephen Davis one of the actors and directors being awarded best actor. 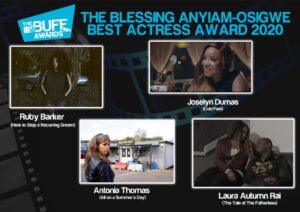 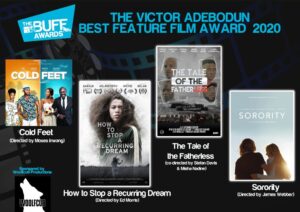